Poetry to Lift our Hearts with Elizabeth Zetlin 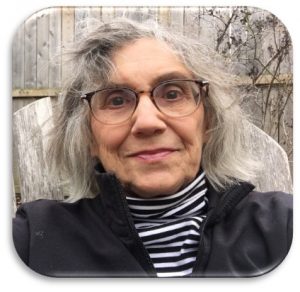 To register click here or email [email protected] and put JUNE POETRY in the subject line.

Elizabeth Zetlin, celebrated poet, videographer and environmental activist, was Owen Sound’s first poet laureate and initiated the Poet Laureate map of Canada project. She published The Punctuation Field with Black Moss, in 2011 and in 2020 she celebrated the launch of Prompted by Happiness (“these poems rise out of the fullness of a well-lived life to become a testament to resilience and hope.” – Lorri Neilsen Glenn, author). Zetlin’s chapbook “The Gourd Poems” received the Canadian Poetry Association’s Shaunt Basmajian Award. Her poem “Holy Days” received a Stephen Leacock award. Her publications also include Addictions of a Poet Laureate (Always Press, 2008), The Thing with Feathers (BuschekBooks, 2004), Taking Root (Seraphim Editions, 2001), Said the River (Penumbra Press, 1995); Connections (Always Press, 1994), and Ghost of Glenelg (Always Press, 1995).

Her first poetry videos, The Limestone Ghazals, were exhibited in art galleries in Canada and Ireland as part of the international artistic exchange, the Limestone Barrens Project. Her first feature documentary, Words Aloud, has screened and won awards at festivals in Canada and the US. Her second doc, Resilience: Transforming Our Community has inspired a grassroots climate action movement. Her online free study guide for high school students: Exploring Contemporary Canadian Voices: the spoken word, is used in many classrooms in North America. Zetlin is the mother of two sons and grandmother of three. Born and raised in Norfolk, Virginia, she now lives in Owen Sound, Ontario.

Bayshore Seniors gratefully acknowledges the support of the Canada Council for the Arts and The League of Canadian Poets.