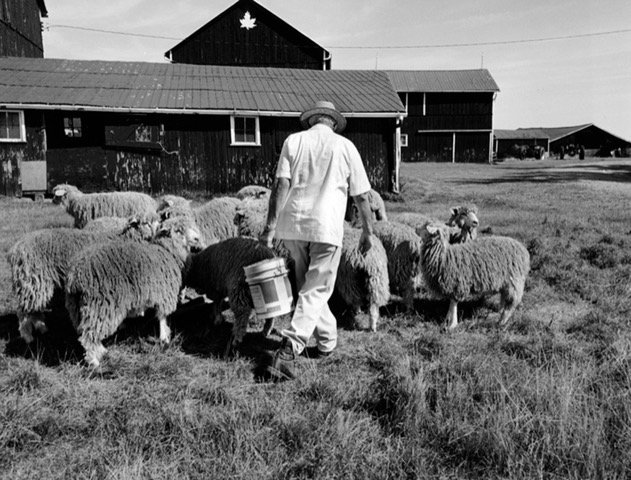 What Can You See When It’s Gone

This morning, I set about to write a blog on the writing of poems inspired by growing up on the farm and instead I ended up writing a poem. In the poem, there is a reference to a wild sheep roaming the forests outside of Melbourne Australia.  That detail is based upon a story in the papers concerning a wild ram gone wool blind with a 77-pound fleece captured and shorn and thereby rescued from almost certain death.  This sheep is a metaphor for memory, the burden and the blessing, the blindness and the sight.

What Can You See When It’s Gone

when you look to the top of the hill

used to be on the farm

loom in the mind

and the ghost fog of sheep

and eating the windfalls away

where the tree lost its apples

one thought at a time

if the mist in the meadow

is cold in the winter

as frost that clings to wet wool

in the vanishing dawn

both the wind in the weather

that worries the rain

in the name on a stone

and the name it is wearing away …

in the forests of night

they found a wild ram

gone blind in his burden of wool

his fleece curling over his face full as thunder

and oh when you’re lost

and oh, when you’re found

when where you once were isn’t there 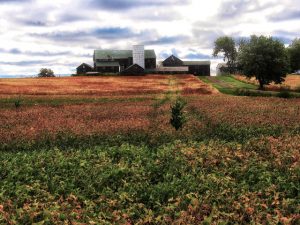 WHAT WE HAVE ALL LOST

As you may or may not know, I grew up on a centennial farm that had been in my paternal family for five generations since my great-great grandfather first came to Canada from Ireland in the early years of the nineteenth century.  Over the nearly two hundred years since first arriving in Canada he and his descendants built barns and erected a silo on the crest of a hill on the farm, black barns with green roofs, clearly visible from the road that passes the farm at the base of the hill 3/10th of a mile below.  Those barns and environs were beautiful to behold, set as they were on the crest of the hill.  My father and uncle were the last generation of Lees to work the land.  I left the farm when I was 17 to go off to the city to university.  When the farm sold after my father’s passing away, the new owners scoured the buildings from the hill, first turning everything to rubble, and then carting it all away.  We had sheep and cattle, hogs and chickens, pasture land and cropland.  Now the hill is denuded of buildings, and the livestock is gone so the farm is cropped for corn and soybeans, winter wheat and oats.  No pasture at all with the fences all gone.